The phrase, “the Tri Nations is well and truly alive now” has been constant in and around the Quick Questions for the last month, and it’s no less so after the hard-fought but ultimately disappointing draw between Los Pumas and the Wallabies on Saturday.

It’s hard to know what the penultimate Tri Nations weekend will bring us.

But we made the guys have a guess anyway.

Who gained the most and who lost the most out of the Pumas-Wallabies draw last weekend?

Harry
Winners: Michael Cheika, Rob Simmons, Ned Hanigan, kicking, the All Blacks, and the idea of parity. Parity, because on any given Saturday, any top-ten team can beat one of eight other top-ten teams (everyone has a bogey or a whipping boy). The Kiwis can still win. Kicking well makes our football game much easier; kicking poorly destroys it. Ned and Rob were Messrs Clean. Try to find one bad play by Simmons. And Cheika is tormenting Australian rugby.

The big loser was captain Michael Hooper for being an annoying twat.

Nobes
The body language of the players of both teams and the interviews of the respective coaches after the game are a clear indication that the Wallabies were disappointed with the tie. It was just as clear that Los Pumas were more than satisfied.

Therefore this was a bad result for Australia, and for Argentina a very good one.

Digger
The All Blacks gained the most out of the draw last weekend as it keeps them with a reasonable shot of still winning the tournament. Though the result also benefits Argentina given they still have two matches to grab points from.

Definitely the Wallabies missed out the most, both given it was a match they arguably should have won and, by doing so, put themselves in prime position to win the competition.

Geoff
The big winner from last weekend was the eight-year-old kid who scored Pablo Matera’s Test jumper. Let’s hope his mum didn’t wash it and the kid has worn nothing else since. Watch out in twelve or thirteen years’ time for his debut for the Waratahs in Super Rugby, alongside 150-match veteran Angus Bell.

Other winners were the All Blacks, gifted a ticket back into the Tri Nations title race, and Nico Sanchez, who will be forever able to dine out on the story that when he took on a Tongan man twice his size, the big guy backed off and was even too scared to come back out again after the bell!

Dan
Pretty much everyone but the Wallabies were winners.

Saturday was the perfect opportunity to place themselves firmly in the box seat to win back-to-back Tri Nations titles (never forget 2011), particularly when they found themselves in excellent field position for most of the first half.

Not kicking for goal regularly – as they had with great effect in Brisbane against the All Blacks – and a number of crucial handling errors meant they never opened up a match-winning lead, and they’ll rue that for some time. 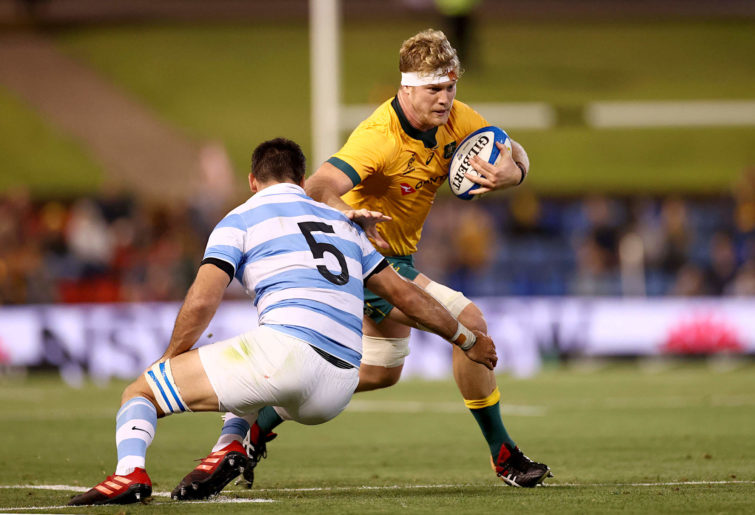 Brett
The Wallabies were the biggest losers by a county mile, for no other reason than this relatively new group finding out the hard way that it takes just one sub-par performance for all the goodwill from the week before to disappear in a flash.

But there are, in fact, a lot more than just this one reason. For one, they’ve got to convince Dave Rennie that they won’t deviate from a game plan again. And that’s not to mention ignoring the “tonne of messages” he said past-match last week he and the coaching staff were sending out onto the field as things went south.

I can’t actually work out the big winners.

Who of the three teams is now sitting in the box seat to take out the Tri Nations?

Harry
Argentina are mathematically in the driver’s seat. Win, and they win.

But they will soon see why Rassie talked about 400 (and 500) hours. Walking, limping ER. All Blacks for the silverware, courtesy of Hooper’s insistence that seven is greater than nine.

Nobes
Mathematically Los Pumas with one more game to play than the other two contenders are the best positioned.

Of course, the mountain to climb is enormous since they have to play these third and fourth games without rest while their opponents have 13 days off between games.

Not only will Los Pumas have to rotate players and play with several newcomers, they will also face teams well above their ranking, both with aspirations to take the title.

Digger
On paper, Argentina due to the fact they have two shots at picking up points and are currently unbeaten.

A win this weekend certainly puts them well ahead of the game. You would have thought in previous years that a bonus-point win for the All Blacks against Argentina would be a reasonable bet, but this current squad have not earned quite the same level of trust or confidence as their previous editions – although their points differential certainly provides an edge if they can deny the Pumas any points.

The Wallabies will just have to sit and wait, and hope for another draw.

Geoff
It really is there for the taking, for all three nations.

By having first crack, the All Blacks are well poised, and a bonus-point win kills the conversation dead. But if they win sans bonus point, or Argentina, heaven forbid, win again, then it becomes advantage Australia, who will have the advantage of knowing exactly what they need to do heading into the final match.

But let’s not get ahead of things, there are more permutations and possibilities than those facing a wet-behind-the-ears country lad on his first visit to the Daily Planet.

Which is just great for the competition. 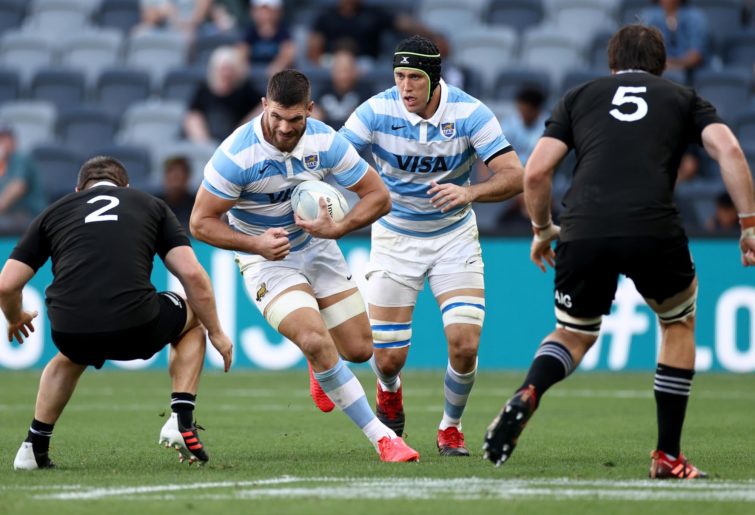 Dan
In a competition which has only got trickier to tip as it’s progressed, saying anyone is in pole position is a fraught exercise.

That said, I’m finding it hard to predict anything but a New Zealand victory. I think they’ll win this weekend (surely we get the bounceback after two losses on the trot) and given it is Argentina’s third Test in as many weeks, there’s a good chance that late cracks in their brick-wall defence will allow a competition-sealing bonus point.

Fingers crossed, though, that we go into the final week with the Tri Nations still alive and with both the Wallabies and Los Pumas needing to pile on the tries to finish in first.

Brett
New Zealand. Yes, Argentina control their own destiny and have the benefit of two games to come, but it’s the All Blacks who will have the most influence on that destiny.

They would know they only need to play 50 per cent better than a fortnight ago to win, and they would also know that they certainly have the extra gear to score late points in search of a bonus point.

If they can do that, they sit back on their couches in New Zealand the following weekend with a beer and a grin and watch Australia and Argentina try and match them in the final game.